In this article we discuss great Italian innovations based on Leonardo Da Vinci. Italians show again that the inventor’s blood still flows in their veins.

The greatest innovator of all time is Leonardo Da Vinci. Even many centuries after his dead in 1519, Italians show time and time again that the inventor’s legacy still exists in the life, culture and design of the Italians. The country is now also playing its part in the fast-paced world of technology, innovation and sustainability. There are plenty of projects, ideas and beginnings that promise a great future. We’ve caught sight of eight Italian innovations this year.

Zeus has traditionally been the supreme god in Greek mythology, but since 2021 he also stands for Zero Emission Ultimate Ship. It’s an experimental naval ship, a kind of floating laboratory, that runs on hydrogen, and not only. The ship is the first of its kind. It’s being built bij the Italian shipyard Fincantieri.

By the end of 2021 the 25-meter boat with a tonnage of about 170 tons will be completed and ready for launching. A necessary step to understand, in a pratical way, the contribution of hydrogen to the nautical sector with reduced emissions. More information on the Fincantieri’s press release.

A powerful 500-kilowatt electric hydrojet engine is going to propel fast recreational boats and work boats within the year. The invention is the first of its kind and is credited to the Italian company Sealence from Buccinasco (near Milan). The electric hyrdo jet engine has an output of 500 kilowatts, an absolute first, both in terms of technology and power. Electric vessels are already in operation, but the electric hydro jet has not yet materialized.

Trilobis is an eco-yacht ideal for sailing to explore bays and marine parks, with respect for nature. It was created to allow anyone the opportunity to discover the fantastic and unusual experience of living in the marine environment. The yacht’s hull is made of steel with an aluminium superstructure for an overall length of 20 metres and a width of 13.

The Trilobis’ body is made of steel and the superstructure of aluminium, making it eighty per cent recyclable. The photovoltaic panels on the top collect the solar energy needed for the instrumentation in the control room. The electric motors are powered by hydrogen fuel cells that only produce drinking water as waste material.

The name comes from a group of extinct marine arthropods, and the shape of the animal indeed resembles the designed yacht.

Italy’s last monster does not come from Florence (reference to a serial killer from the 1980s), but from Ancona. In this central Italian city four ‘smog-eating’ buses are equipped with a special device that purify the air. The vehicles, through a filtering system, capture the levels of particulate matter in the air (PM10 and PM2,5), with the aim of reducing the pressure of atmospheric pollution. It is estimated that, in three months of experimentation, they will be able to filter 4.2 billion litres of air.

You wouldn’t know it from the name, but Prinoth is a real Italian company, and a market leader in its field.

In 1951, the racing driver Ernst Prinoth opened a business in a car garage in South Tyrol (Italian Alps) that started with the design and construction of snow groomers.

Prinoth moves not only snow forward, but also times, you might say. In 2021, they came out with the world’s first snowgroomers that aren’t powered by diesel. Instead Pinoth now has a hydrogen-powered snow groomer and also the lightest electric snow groomer.

The first time they came into action was during the World Ski Championships on the slopes of the Alta Badia ski resort in December 2020. More about this hydrogen-based machine in another posting of mine.

Venice has started – quite late – to install charging stations, even though hardly any electric boats sail through its canals and other rio‘s. The innovative thing (in a not very innovative city like Venice) is that the charging stations are beautifully incorporated into those typical Venetian mooring posts.

It is also laudable that this is a private initiative by Venetian citizens, and hopefully it will not stop at just one charging station. The other 6000 or so poles are probably waiting anxiously for electricity too.

The mooring post with electrical connection is not yet on my list of things to do in Venice.

Stefano Boeri shows that he is one of the world’s leading architects with a new project in Milan that sets new standards in eco-friendly construction. Boeri became world-famous with the vertical forest: towers with particularly green facades, with balconies filled with trees and shrubs.

This time, Boeri goes one step further with a project based on three buildings: a combination of new construction and reuse of existing buildings.

Most interesting of the three parts is a new residential tower: 1,700 square metres of vegetation, distributed over the floors so that the blooms change the colours of the building as the seasons change, With 2,770 square metres of photovoltaic panels, the tower will be able to produce 65% of its own energy needs. The building’s structural parts will be made of wood to reduce its carbon footprint,

Also very appealing: the so called ‘bridge building’ (see the cover photo of this article) with a huge green house, a veritable greenhouse of biodiversity. Read more about Boeri’s project.

Infrastructures worldwide are (literally) under pressure. Bridges, in particular, should be constantly checked for their longevity. That is almost never done properly. Unfortunately, Italy itself has examples of how not to do it. In 2018, a bridge in Genoa collapsed (43 people died). Such disasters can be prevented by monitoring them properly.

This can be done with simple sensors as demonstrated by the Italian company Wisepower. Sensor technology to secure infrastructure does exist, of course, but Wisepower has two USPs: the sensors communicate without a wire and they charge themselves. You can read exactly how it works here.

Italian innovations are in abundance, I would conclude. Other countries are innovative too, of course, but Italy has an edge when it comes to innovation rooted in tradition and innovation on the water.

As usual, here are some more questions and answers. In doing so, I am making a few key points clear in a nutshell. Thank you for reading. Comments are always welcome.

What does Zeus stand for?

Zeus has traditionally been the supreme God in Greek mythology, but since 2021 the word also stands for Zero Emission Ultimate Ship. That’s an experimental naval ship, a kind of floating laboratory, that runs on hydrogen, the world’s first.

What is a smog eating bus?

Four ‘smog-eating’ buses in Italy are equipped with a special device that purify the air through a filtering system, This captures the levels of particulate matter in the air (PM10 and PM2,5), with the aim of reducing atmospheric pollution. In three months of experimentation, they will be able to filter 4.2 billion litres of air.

Where was the first vertical forest in the world ‘planted’? 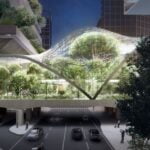 In 2014, the world’s first vertical forest was ‘planted’ in Milan. The architect is Stefano Boeri. He has also signed up for a new green concept in high-rise buildings in 2021: 25 floors of vegetation, whose colours change with the seasons.

What are modern Italian innovations?

Interview with Horacio Pagani on the electric Pagani