Home » Travel in Italy » Italian cities » Rome » How is a pope elected? 11 things about the conclave
RomeVatican

How is a pope elected? 11 things about the conclave

The conclave keys that were in use until 1970 © Original italystart.com Photo

The pope elected in conclave is a unique event. The conclave takes place very rarely (ten times between 1903 and 2013). It has special traditions, such as ‘white smoke’ and ‘Habemus papam’.

The election of a pope in a nutshell

How is a pope elected? In more detail

From the year 1059, the election of the pope has been reserved to the cardinals. They have the highest rank after the pope.

Since it has been a cardinals’ issue, elections could take a very long time. That culminated during the sede vacante (vacancy of the apostolic see) after the death of Clement IV in 1268. The cardinals met in Viterbo, in the place where the pope had died. None of the eighteen cardinals wanted to give in to each other. To urge them to hurry, the podestà (kind of mayor) of Viterbo had the roof removed and provided only water, bread and wine. That actually hardly deterred.

Feel free to read also our article about Viterbo and the papal palace overthere.

The new pope was elected in 1271 and assumed the name Gregory X. In 1274 he submitted a proposal to speed up the pope election introducing the conclave. The word come from medieval Latin. ‘Conclave’, in which the word clavis (key) is recognizable, means: (a room locked) with a key.

Today, the rules of conclave broadly correspond to the those of more than seven centuries ago. The differences include that the conclave is held in a fixed space -the Sistine Chapel, that the cardinals stay overnight in a proper accommodation (but only since 2005) and that only cardinals under 80 years have the right to elect the pope.

The conclave occurs fifteen to twenty days after the papacy becomes vacant (by death or abdication). That period is so long that the cardinals who live far away are enabled to come to Rome, among other things. This periode was often insufficient before the invention of the airplane. Cardinals from the United States have participated in the conclave only since 1958. Previous editions they missed because the boat would take too long.

Start of the Conclave

The first day of the conclave begins with the Mass ‘Pro eligendo papa’ (‘for the Pope’s election’). In the afternoon, the cardinals invoke the Holy Spirit by singing the hymn ‘Veni creator’ (‘Come Creator’). It is the belief of the participants that it is the Holy Spirit who inspires the name of the next pope to the electorate. But cardinals are also very realistic, often saying that the Spirit “writes straight on slanted lines,” or in other words that the spirit’s ways are inscrutable.

The Sistine Chapel, actually known only as a place without furniture, is furnished for the occasion. As many cherry wood seats are placed as there are electors (in 2013: 115 cardinals). Each seat is marked with the name and surname of each cardinal elector. The participants can cast their votes on twelve raw wood tables covered with beige cloth and burgundy satin. Six tables are placed on the right and six on the left, arranged in two rows at different levels.

The cardinals take an oath, first collectively, then personally (“I promise and swear…”). In short, they swear to abide by the rules of the conclave. Then the master of ceremonies utters the words “Extra omnes” (“everyone out”) after which only the cardinals remain in the chapel plus a few others who have an indispensable function. On the first day, one vote is taken. The following days include two rounds of voting in the morning and two in the afternoon. The voting procedure is worked out in detail.

To keep speed in reading, you can skip the next paragraphs and browse directly to the next heading (‘Acceptance of the election’) if you like.

After this the last non-cardinals, such as the master of ceremonies (if he is not a cardinal) and the secretary of the College of Cardinals are asked to leave the Sistine Chapel. Then the key goes into the lock: the conclave starts.

All cardinals in the chapel receive a ballot. On the rectangular ballot is printed “Eligo in summum pontificem” (“I choose as supreme pontifex”) and below that a continuous line on which the cardinal writes the name of the cardinal of his choice. When everyone has done so, each cardinal folds the ballot inward. After waiting his turn each cardinal walks with the ballot clearly visible to his colleagues to the altar that stands in front of Michelangelo’s fresco of the Last Judgement.

This is done with each ballot, so that at the end of a vote you have a kind of paper chain. The revisors check the procedure and the result of the vote. The bundled voting ballots plus all other paper that is used, is put in a stove.

The stove stands on the other side of the Sistine Chapel. Since the 2005 conclave, the stove consists actually of two stoves. When the ballots are burned in one stove (right on the photo), it triggers an electronic, smoke-producing device outfitted on a second, more modern stove (left).

From both stoves a pipe comes together and passes through a window high in the chapel. On top of it is a chimney that can be seen from St. Peter’s Square. The idea is that people in St. Peter’s Square can ‘read’ the smoke.

If the cardinals haven’t figured it out yet, the camerlengo burns all the paper that gives off black smoke, meaning: we don’t have a pope yet. In that case, the second vote is held the next day. A maximum of four rounds of voting are held each day (except the first day).

After the fourth day of voting (i.e. after thirteen ballots), a day of rest is inserted, intended to achieve a result through prayer and deliberation. This is followed by seven votes and a day of rest each time until after fourteen days a new election key is used. Then whoever has half the voters plus one behind him becomes pope.

But in practice the cardinals settle things much faster. The (ten) conclaves of the twentieth and twenty-first centuries have lasted an average of 3.5 days or over seven votes. Benedict XVI (2005) was even elected in near record time: two days and four ballots. The fastest pope election was when Pius XII won in 1939 after three ballots.

Acceptance of the election

When a candidate is backed by the required number of cardinals, the vice-dean has to ask him if he accepts the election as summum pontifex. “Accepto,” is the answer usually. “What do you want to be called?” is the next question. Popes take on a new name, much like a monk entering an order. This custom seems to have begun with John II (533-535) who found his proper name a bit all too pagan (Mercury, god of commerce).

Now the paper from the last ballot is placed into the stove. In the past, white smoke was obtained by adding dry straw. The white smoke is the sign that a new pope has been elected, and that the conclave has come to an end.

The stoves, the pipes and the chimney are only set up shortly before the conclave and are immediately disassembled after the end of the conclave.

Just under an hour later (forty minutes in 2005), the new pope is announced. The ceremony takes place on the central balcony of St. Peter’s. Heavy red drapes are pushed aside like curtains. The two balcony doors open. The protodecan comes out and speaks:

“Annuntio vobis gaudium magnum; habemus Papam, (“I proclaim to you a great joy: we have a pope”).

“Qui sibi nomen imposuit (name)” (“Who has taken the name…”)

Then the new pope steps forward onto the balcony of St. Peter’s. He wears pontifical white with a red shouldered robe over his shoulders. Around his neck is an embroidered stole. Then the new pope utters his first words. The first appearance of the Pole John Paul II was exemplary when, with great sensitivity to appease the mainly Roman crowd, he said, “I come from far away (…) corract me when I make mistakes in your, our language.” The grammatical error in this sentence amplified the effect of the message.

All the rules regarding the election of the pope are listed in the 1996 papal document ‘Universi dominici gregis‘.

How is a pope elected – in short

As usual at ItalyStart, we present the key issues of this article, in the form of question and answer:

How is a pope elected? 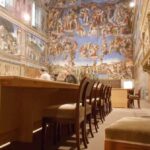 The election of the pope takes place in conclave, a meeting behind closed doors of cardinals under 80 years of age. The cardinal who receives 2/3 majority of the votes is the new pope.

Where is the conclave held? 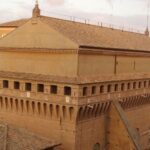 The conclave is held in the Sistine Chapel in Vatican City, where the supreme authority of the Roman Catholic Church resides.

What does white smoke from the Vatican mean? 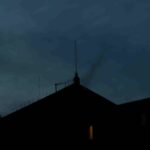 The white smoke is the sign that a new pope has been elected, and that the conclave has come to an end. Smoke comes from a stove in the Sistine Chapel where the voting ballots are burned.

How long does it take to elect a pope? 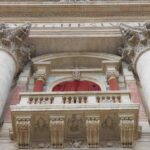 The conclave itself lasts on average about 3 days. The conclave meets 15 to 20 days after the death or abdiction of the pope.

The Pope & the Vatican explained

Pope movies: the 10 best films about the Pope

Villa Ludovisi auction: a peek into the expensive Rome villa

Death of the pope: this is what happens when the Pope dies